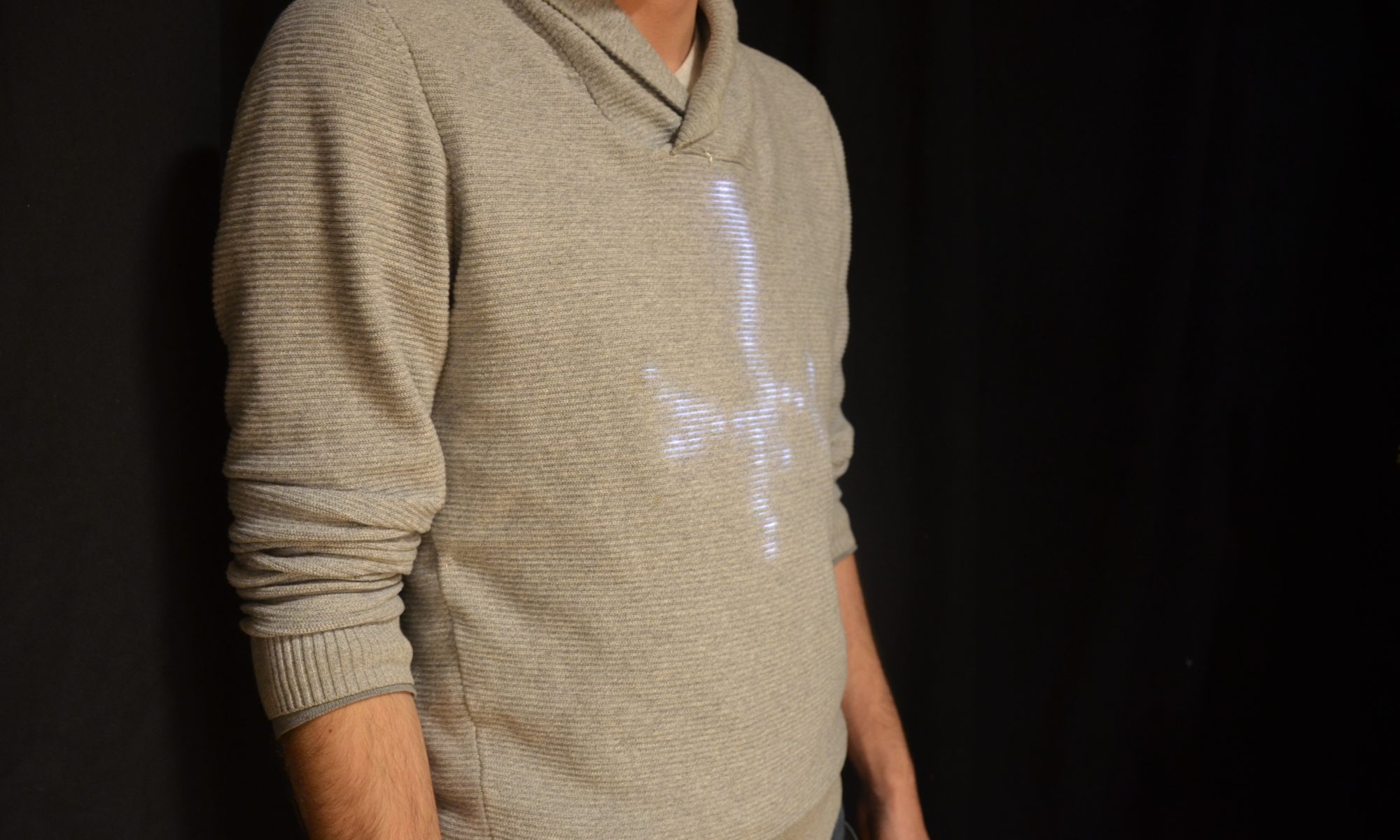 How can I bring a greater awareness of presence to our lives through a wearable?

When I am aware of my breath I am in the present. The here and now. I am in my body and not planning for some abstract future or reminiscing on an elusive past.

The idea was to encourage deep concuss breathing through wearable design.

It was important to me that that it be a design be understated and calming and not crying out for attention.

I experimented with thermochromatic inks which could shift color more subtly with breathing, however, the cycle time, particularly during cooling, was a limiting factor.

I wanted to create a shirt and used roots as the core to my design, they are strong, grounded, deep and, similar to breath, are the source of life.

I explored using the colors of the chakras to indicate the depth of the breath whoever this turned out to be misleading and a little distracting to the core idea.

Significant effort was devoted to the light diffusion and the flexible connections.

The light diffusion was necessary to break up the discrete light sources.

The connections were challenging due to the cyclic bending load that was inherent in all the connections. A highly flexible, multistrand wire with stress relievers was used in my third and final implementation here. 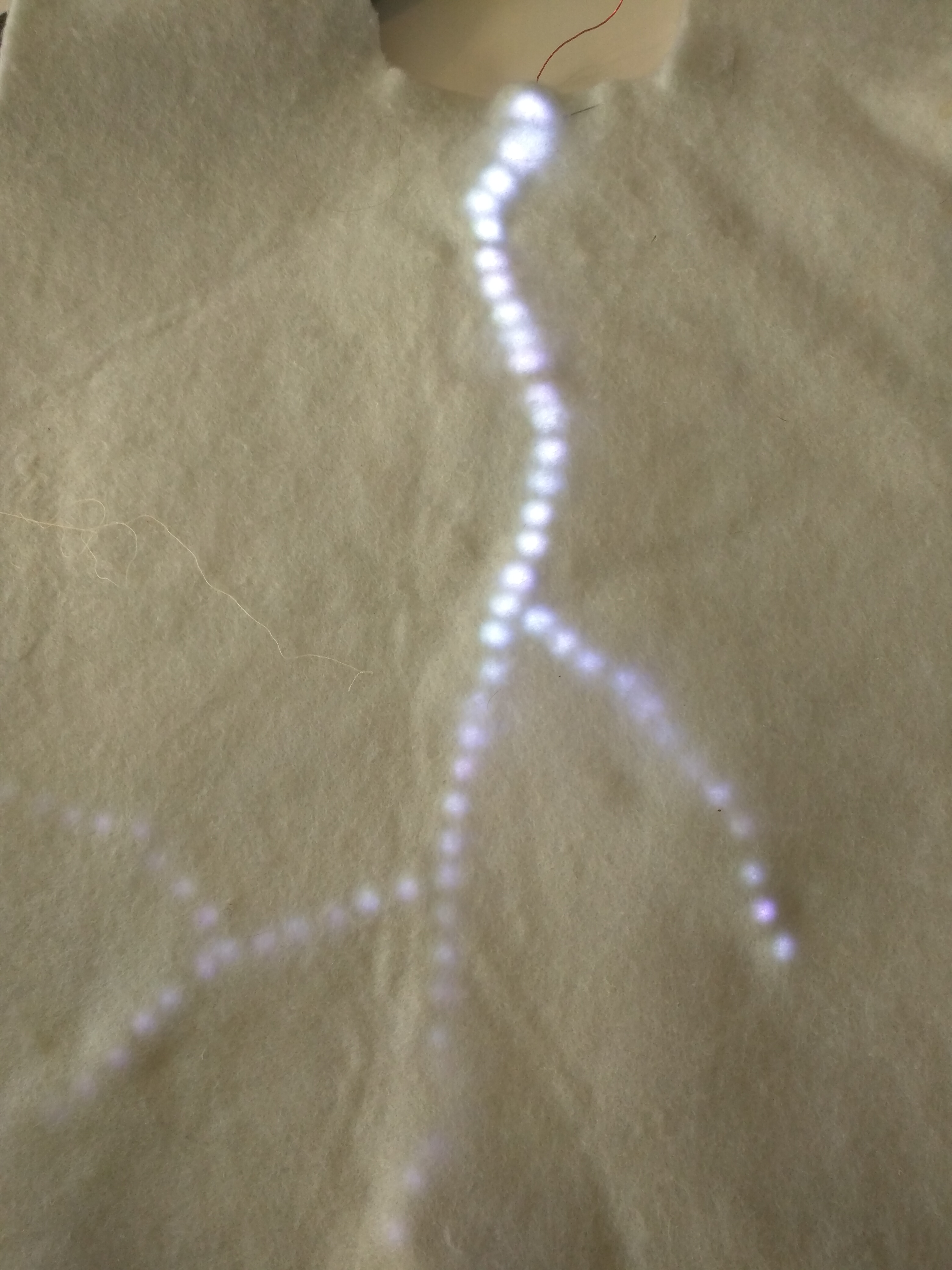 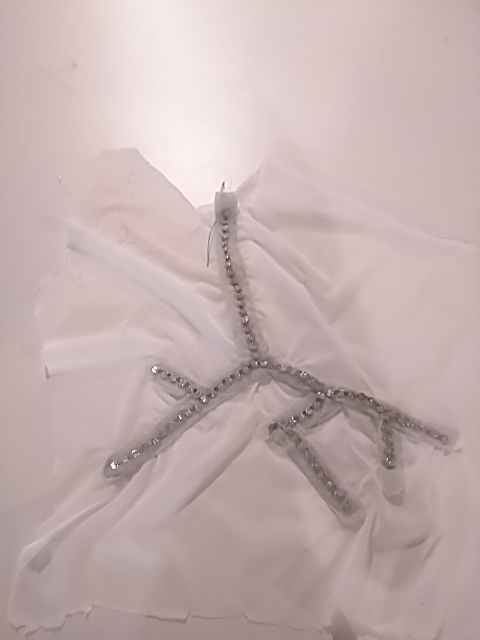 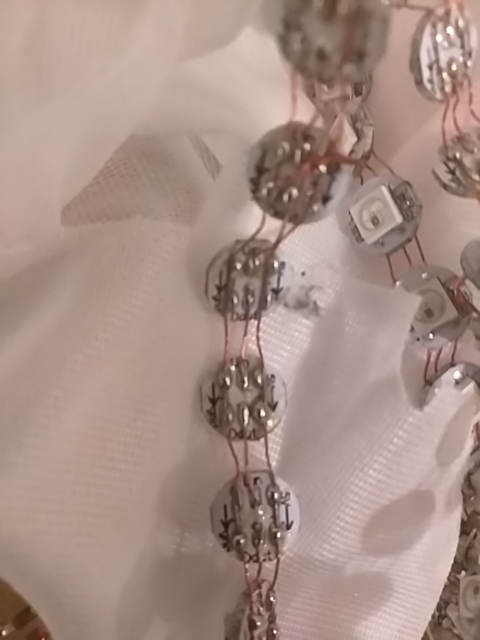 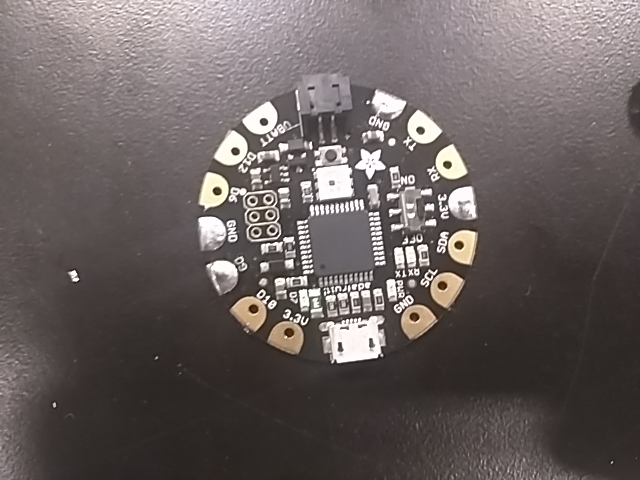 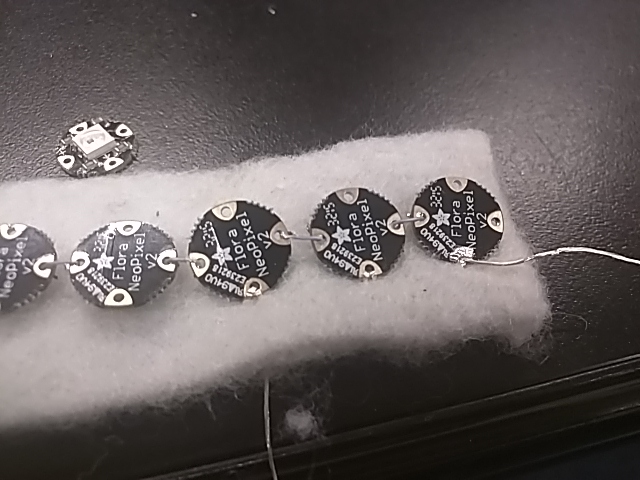 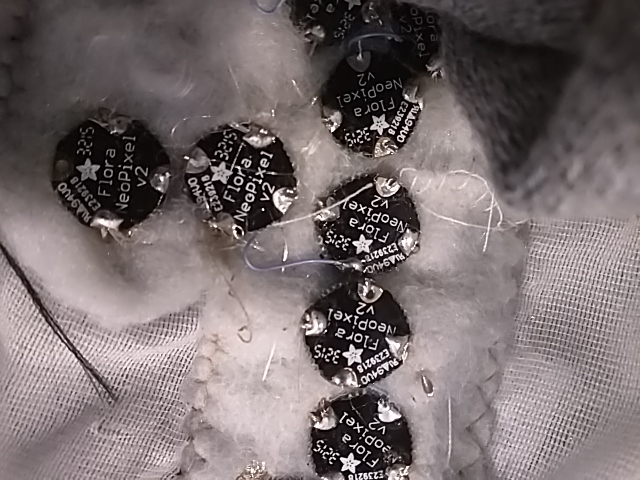 Robust connections are a major problem with further development.